Inviting poverty-stricken Tamil families along the district border between the Ampaa’rai district and Batticaloa district to receive ‘humanitarian supplies’, the occupying Sri Lanka Army has been conducting propaganda meetings promising civil jobs for Tamil women in the SL military, news sources in Ampaa’rai told TamilNet on Thursday. A group of Sri Lanka Army soldiers, who brought drinking water supply to the villagers in 35th Colony, Malaiyar-kaddu and Ka’n’naki-puram were campaigning ‘good salary’ and ‘government pension’ for subservient jobs in SL military. In the meantime, the SL military has also gone to the extent of promising a house to each family that sends their daughters and sons for employment in SL military.

SL military officers have ‘donated’ a house to a family in Thirukkoayil division of Ampaa’rai district. The soldiers, pointing at the house, have been trying to woo several others with false promises, sources in Ampaa’rai said.

Recently, the SL military also hijacked the distribution of relief supplies donated by one of the largest private sector business groups in Colombo, the Capital Maharaja Organisation Limited, to the drought-hit victims in Batticaloa and Ampaa’rai. The SL military was using the opportunity to wage a deceptive campaign of job offers to Tamil women and men in the two districts.

SL military intelligence operatives in civil cloths have also been harassing Tamil women with job offers in the private sector, news sources further said. The men vanish from the scene when confronted with scrutinising questions by the villagers.

The SL military in North has been experimenting with various deceptive methods to recruit Tamil youth in Vanni and Jaffna for subservient jobs in the SL military. The victims who had signed up were later forced to undergo a ‘military’ training where serious allegations of sexual harassments have been reported.

Like the colonial Portuguese and the Dutch creating Burghers to have a faithful community for them in the occupied colony, the Sinhala military is trying to create a community for it, social workers have accused in the North.

In the meantime, the SL military is directly engaged in genocidal construction of Sinhala villages and houses in Vanni and in the adjacent areas. Kokkachchaan-ku’lam in Vavuniyaa district changed into ‘Nandimithrapura’ and other Sinhala military-constructed villages sprouting in the area linking the North and East provinces of the country of Eezham Tamils are some of the examples.

The dangerous development is that the Sinhala military is left to directly deal with the Sinhala peasant population in wooing them and orientating them in the demographic genocide of Eezham Tamils. The name Nandimithrapura is a symbol, as this mythical giant was the helper of the ancient Sinhala king Dutagemunu in conquering the Tamil king Ellaa’lan.

At every stage, from the genocidal war and barbed-wire camps to now the demographic engineering to confirm the genocide, the SL military is thoroughly backed and guided by powers envisaging veiled military dictatorship set up in the island, which is in fact the latest paradigm designed for the region. Harping on SL military was described as ‘ground-breaking research’ by an Australian university earlier this month. However, the power that is currently in the forefront in backing this military is India that has ‘military to military’ relationship and that blocks any international investigation on the island, political observers in the island said. 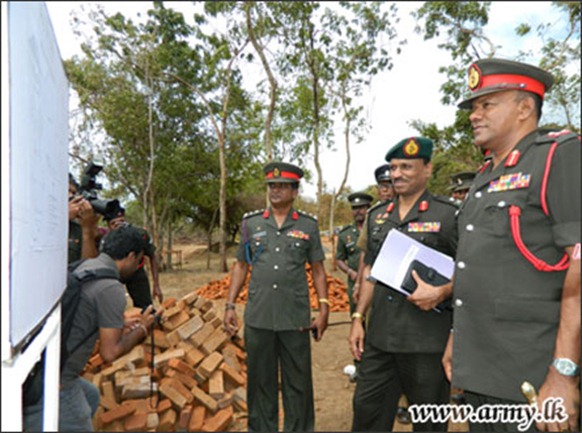 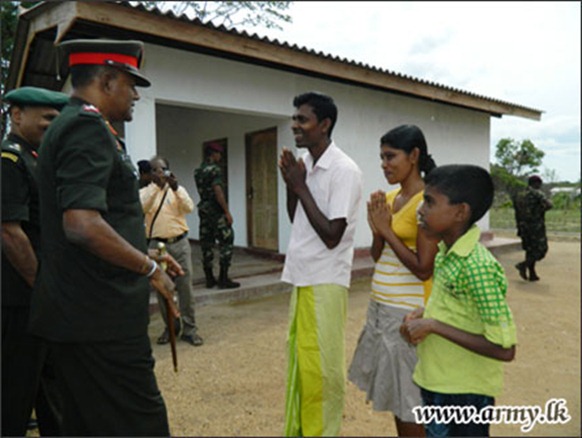