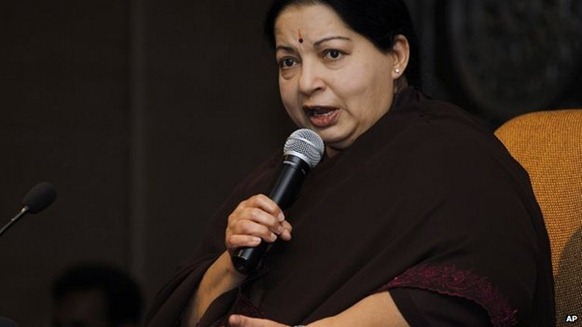 The film industry in India’s Tamil Nadu state is on a day-long fast to protest against the jailing of former chief minister Jayaram Jayalalitha.

Jayalalitha has been jailed for four years for corruption and is in a Bangalore prison.

She has challenged her conviction and applied for bail. The Bangalore high court will hear her plea on 7 October.

In a case lasting 18 years, she was found guilty of amassing unaccounted wealth of more than $10m (£6.1m).

In its ruling on Saturday, the special court in Bangalore also ordered her to pay a 1bn rupee ($16m; £10m) fine and resign as chief minister.

A former film actress, Jayalalitha is one of India’s most colourful and controversial politicians and has a huge following in Tamil Nadu.

On Tuesday, actors, directors and other members of the Tamil film industry began a day-long silent fast in the state capital, Chennai, to express "support and solidarity" for Jayalalitha.

All the cinemas are shut in the city until the evening and all film shoots have been cancelled for the day.

Her imprisonment has dismayed her supporters who have held protests and wept openly. 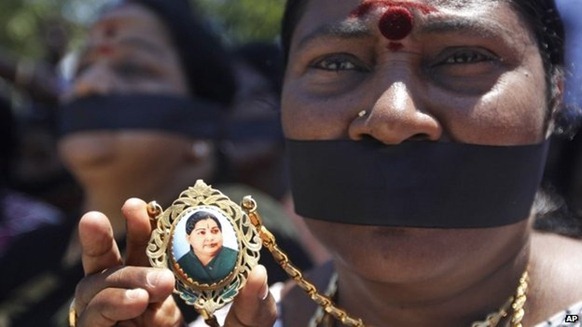 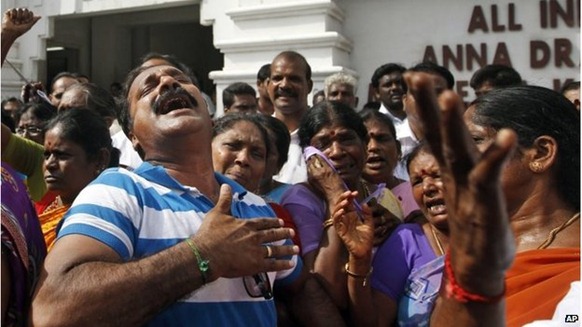 Some of her supporters have wept openly

One report said at least 16 people were believed to have killed themselves "either by setting themselves ablaze or by hanging" since her sentencing on Saturday. The BBC has not been able to independently confirm the suicide reports.

On Monday, her successor O Paneerselvam was sworn in as chief minister – he too wept during his inauguration, with colleagues saying they were in mourning.

Jayalalitha has denied charges of amassing wealth as false and says that she acquired property through legal means.

Her life has been marked by a series of high and lows.

Known by her followers as Amma or Mother, the flamboyant former film star inspires intense loyalty, even adoration.